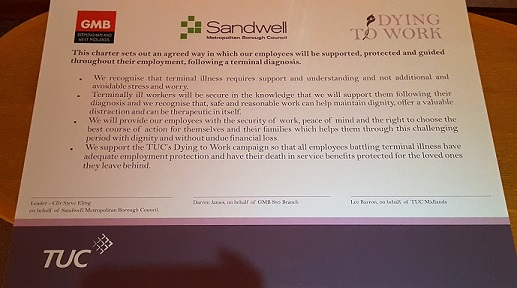 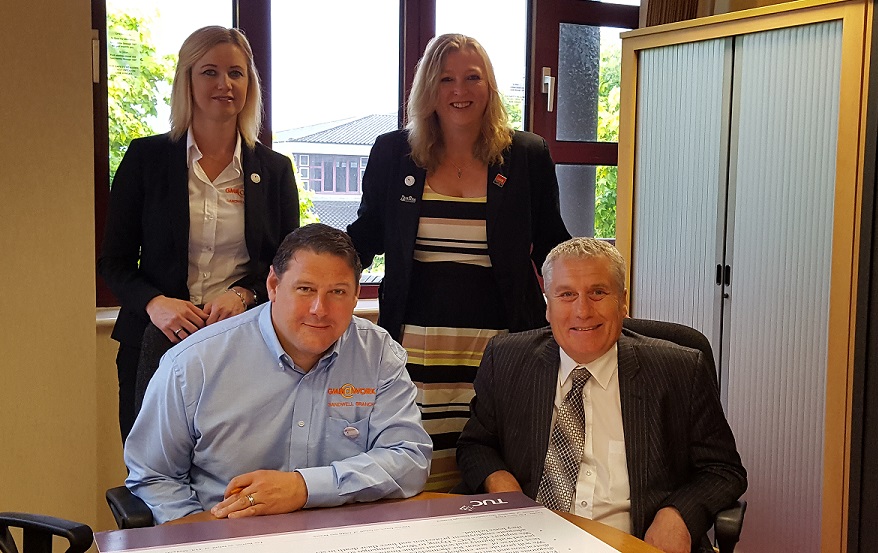 Sandwell MBC is the first local authority in the country to support the “Dying to Work” campaign to support terminally-ill employees in the workplace.

Along with representatives from GMB Sandwell, and GMB Regional Officers, the council made this support official today by signing the Dying to Work charter.

It is backing the campaign, launched by the Trades Union Congress earlier this year, to ensure that all employees battling a terminal illness have adequate employment protection.

Council leader Councillor Steve Eling said that the council had decided that employees with a terminal diagnosis would not lose their job because of their terminal condition.

“We recognise that employees with terminal illnesses require support and understanding, and not the additional stress and worry about possibly losing their job,” he said.

“We will set out to support terminally-ill employees following their diagnosis and to recognise that safe and reasonable work can maintain dignity and offer a valuable distraction,” he said.

Councillor Eling said that the new rules would provide employees with the security of work, peace of mind and the right to choose the best course of action for themselves and their families without undue financial loss. 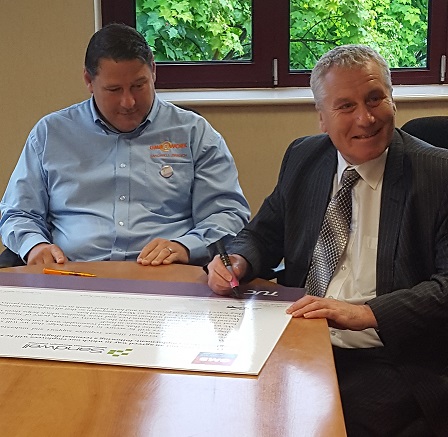 It was also important that all employees battling terminally illness have adequate employment protection and have their death in service benefits protected for the loved ones they leave behind, he said.

He added: “Sandwell Council has a long history of supporting employees diagnosed with terminal illness, but has never previously backed-up this stance by having a formal council rule on this matter.

The council will now provide appropriate training to line managers and Human Resources staff on the best ways of dealing with terminal illness, he said.

Councillor Eling said the council’s proposal would bring a new level of caring for employees and he welcomed it as a way of supporting people at such a difficult time. 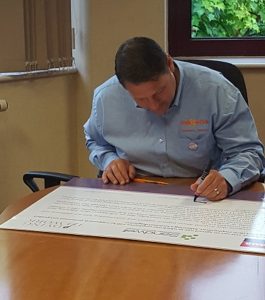 Darren James, GMB Branch Secretary, added: “GMB has been working hard to raise the profile of the Dying to Work Campaign within Sandwell Council and it’s great that the Charter has now been signed. We’re sure that this will bring some real peace of mind to council staff who have a terminal condition.”

Joe Morgan, GMB Regional Secretary and Regional Chair of the TUC Midlands, said: “I’ve seen lots of cases where GMB has had to provide advice and support to members in different industries who were fighting both a terminal condition and also the prospect of losing their job and financial security. This is clearly not acceptable and this is what the Dying to Work campaign is for. It’s about giving people battling a terminal condition both choice and security. Choice in how to spend their final months and security knowing their job is protected and the future financial security of their family is guaranteed.

By becoming the first local authority in the country to sign our Dying to Work Charter, Sandwell Council is making sure that these principles are put into action. Both GMB and the TUC welcome the council’s decision and we hope this will inspire other employers in the region to work with us to implement the charter in more workplaces.”