Join the GMB and other Unions to march against austerity. 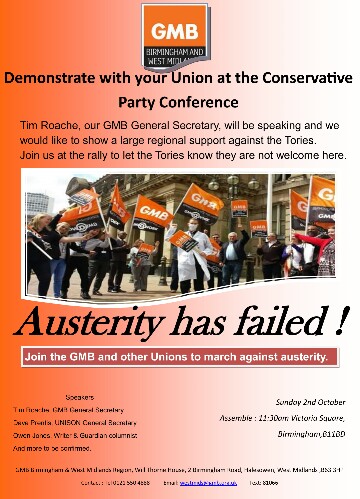 Tim Roache, our GMB General Secretary, will be speaking and we would like to show a large regional support against the Tories.

Join us at the rally to let the Tories know they are not welcome here.

And more to be confirmed.