GMB has launched a new national campaign calling for an end to pay restraint and to break the public sector pay cap.

When prices are rising twice as fast as wages it’s time to call the Government’s 1% cap what it is – a severe cut to people’s quality of living.
Many of our members in schools, local government and other public services have been forced to make ends meet as they have seen real term pay cuts for over a decade.

• Proper funding so that everyone gets the services they need, when they need them regardless of their bank balance or postcode.

• Pay all public sector workers enough to live on, that means at least £10 an hour. 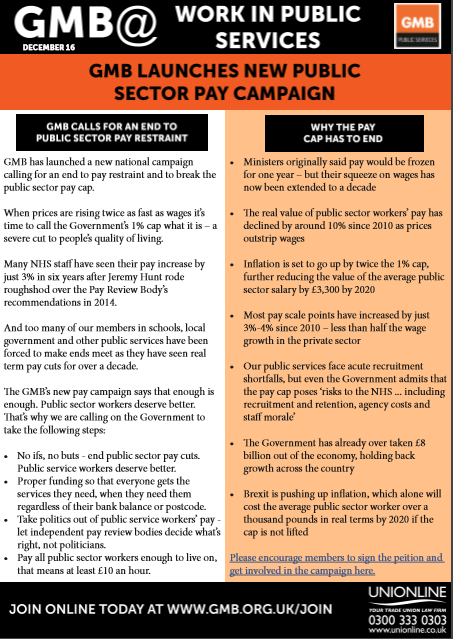 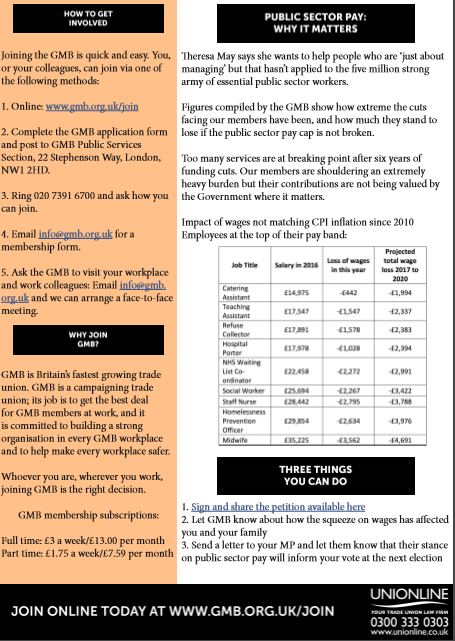