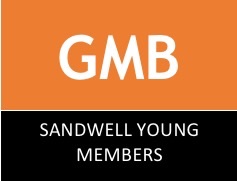 On the 1st April 2016 the Government brought in a new ‘National Living Wage’ which legally requires employers to pay workers £7.20 an hour. Any rise in wages is supported, however this so-called living wage not only pays £2.80 less than the £10 an hour real living wage workers need, it also only applies to workers aged 25 and over.

This means that young workers aged 18-24 who do the same work as their over 25 colleagues, can be paid between 7% and 26% less for it – a massive disparity in pay.

Young workers under 25 still have to struggle with the same living costs as any other age group, leading them to become trapped in in-work poverty as they struggle to afford to live in a home of their own, look after their kids or even socialise with friends.

Including under young workers under 25 in the National Living Wage also protects young workers over 25 from discrimination. Under this new change they could lose out on a job through employers being able to hire under 25s instead for cheaper labour.

The GMB Young Members network is currently  campaigning nationally for a £10 an hour living wage for all workers and an end to exploitative zero-hours contracts, to bring about better job security and a fairer deal for young workers.