Brian Strutton, GMB National Secretary – Public Services has released the following update:
Earlier this year the local government employers made their pay offer for 2014 which was worth 1%.This was rejected by all union members in ballots and subsequently those same members voted to take strike action on 10 July. Since then GMB and the other trade unions have been involved in talks with the employers to try to secure a new offer that we could put to our members. Those talks have been very difficult, with councils telling their negotiators that they had no financial room for manoeuvre. Some of those discussions have had ACAS in attendance to try to help move the discussions forward and I have called a national meeting of our senior representatives next week to discuss the situation, including the planned strike on 14 October. 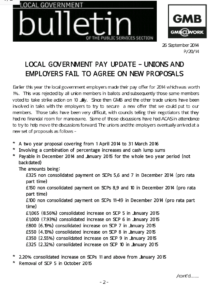 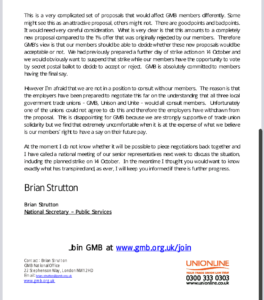