Refuse workers in Sandwell Council will take further strike action next month, warning they will not be “strung along” by Serco and the service sub-contractor’s failure to fully resolve long-standing bullying, health and safety, and wage concerns. 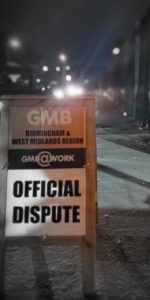 A 24-hour action from 00.01 hours on Wednesday 6 October will affect domestic waste collections for over 60,000 households in the local area.
Following an initial strike action at the end of August, GMB suspended a further three strike dates in scheduled for September after Serco management requested fresh talks.

However, Serco management have walked away from agreed dispute resolution meetings and are now refusing to engage with the union’s workplace representatives.

GMB Organiser Justine Jones said:
“Serco have shown they are not serious about ending the dispute and resolving outstanding issues on safety, well-being and wages of our key workers in Sandwell Council.

“To walk-away from a process they agreed to is an act of tremendous bad faith, and it sends an awful message to workers about how poorly valued they are by Serco.

“Again, we have asked Sandwell Council to intervene and deal with the behaviour of their statutory service operator, this is happening on their watch, and the public should know this. 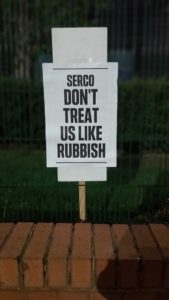 “Our members are angry and tired, they have suffered this for years, and it’s made worse by the fact they are the lowest paid refuse service in the region.

“But after everything these workers have done for all of us over the last eighteen months, they aren’t going to be strung along by Serco’s bullying bosses in their fight to make work better.”