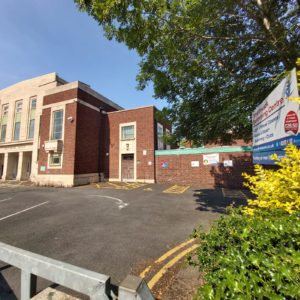 At a time when over £60million is being spent on the new Aquatic Centre for the 2022 Commonwealth Games, not giving employees a  2.75% is an insult and a disgrace.

We have been meeting with staff at SLT virtually this week to gain views on the proposal put forward by the Leisure Trust and have put together a series of FAQ’s which may answer further questions.

“This is a company with an £11 million turnover attacking workers’ hard-won rights in the middle of a pandemic. It’s shocking.
“Employers claim we’re all in this together but as soon as you blink, they stick their hand in your pocket
“They’re hacking away at our peoples’ livelihoods. GMB exists to protect terms and conditions and will continue to fight this proposal with our members”

Since 2010 the value of Public Sector pay has reduced by a staggering 22% in real terms! If you earn £20,000 a year this means you are already £4,200 worse off each year than if your pay had kept pace with inflation. This years’ national pay offer of 2.75% is currently being voted on by GMB members.

This pay freeze will not recover the £millions in lost revenue due to the Coronavirus crisis. Sandwell Council will have to bail out the Trust or take the service back over. This is the stark choice that the LGA (employer’s body) has said to Council’s during this crisis. “When a leisure operator running services on behalf of a council begin to fail, the council faces a difficult choice. It can either allow the operator to fail, potentially bringing any facilities owned by the council back in-house as a means of keeping them open, or it can choose to support the operator. Either approach is likely to involve significant costs to the council.’

Accepting this proposal means the board of Sandwell Leisure Trust would have total control over all future pay awards and other terms & conditions. The pay proposal could be the thin end of a big wedge. Every vote matters.

The consultative ballot will open on 25th June and will run until 3rd July.

Use your voice – have your say – vote today

Not yet a member? join today