Who was Eleanor Marx & why is she so important to the GMB you may ask?

A co-founder of the GMB at the forefront of the fight for the 8 hour working day who consistently fought for justice & equality throughout her life, she also set up the first women’s branch of the Union. Today we celebrate her achievements and are proud to have a membership of which 50% are women.

A few key facts about the Mother of our Union

…….So now you know why Eleanor is important to the GMB, we hope you’ll join us this evening to celebrate the birthday of the co-founder and mother of our Union 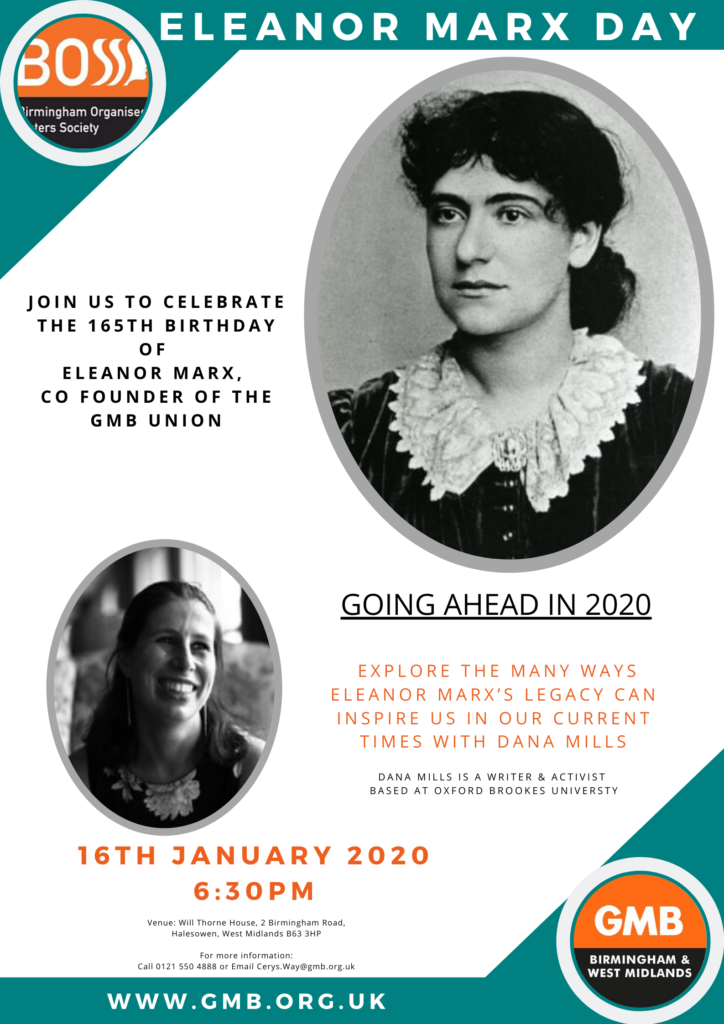