For over two years GMB have been supporting electricians in Sandwell to get the recognition they deserve for their job.

After reaching a stalemate with Sandwell MBC, GMB members took the decision to ballot for Industrial Action along with colleagues from Unison and Unite and dates set for strike had been sent to the employer. 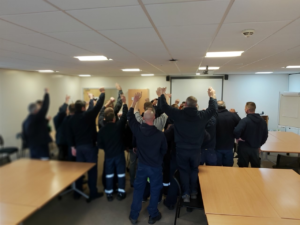 We are pleased that on Friday 28th February 2020 at the 11th hour, planned strike action of GMB, Unison and Unite members over this dispute was called off as the employer has agreed with our members that the grading of their jobs was incorrect and have agreed to implement the correct pay for the job they do.

Industrial action is never an easy decision for our members to take, and this was especially difficult for our members within the electrical department as they play a vital role in keeping residents of Sandwell safe, but after fighting this issue for two years they were left with no choice.
However, by standing together with colleagues from sister Trade Unions they can now go forward, knowing that they are properly valued for the jobs they do for Sandwell Council.
Darren James, Branch Secretary

Need protection at work? GMB is on Your side