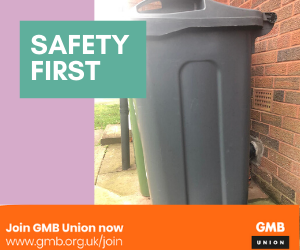 GMB welcome the turn around by Serco as they have agreed to not go ahead with changes to the number of rounds undertaken by our members in Sandwell.

Serco, who hold the contract for refuse collections within the borough planned to reduce the number of collection rounds, which had huge implications for our members. Not only would GMB members need to work faster, putting their own health & safety at risk in order to finish jobs on time they would also have to collect more bins to compensate for the reduction in rounds.

GMB balloted members affected by the changes in December 2019 and the result was overwhelmingly in favour of industrial action. After crisis talks with the employer broke down in January 2020, GMB were left with no option to service notice on Serco of proposed action.

However, shortly after this Serco agreed to suspend changes to allow talks to continue.

Finally today, GMB have received confirmation that the proposed changes have been scrapped.

“Voting to take Industrial Action is never an easy option, however by sticking together, GMB members have sent a strong message to their employer that they will not put their Health & safety at risk”

“We are pleased that Serco have seen sense and our members are able to go to work, safe in the knowledge that their employer is now listening to their concerns, and their Union is right behind them” 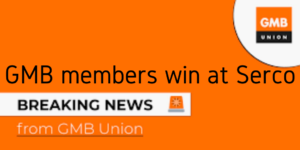 We would like to say a huge thank you to our members for standing strong, our officials and members of the public for their support & patience during this time.